How Courts Are Regulating the Business of Law 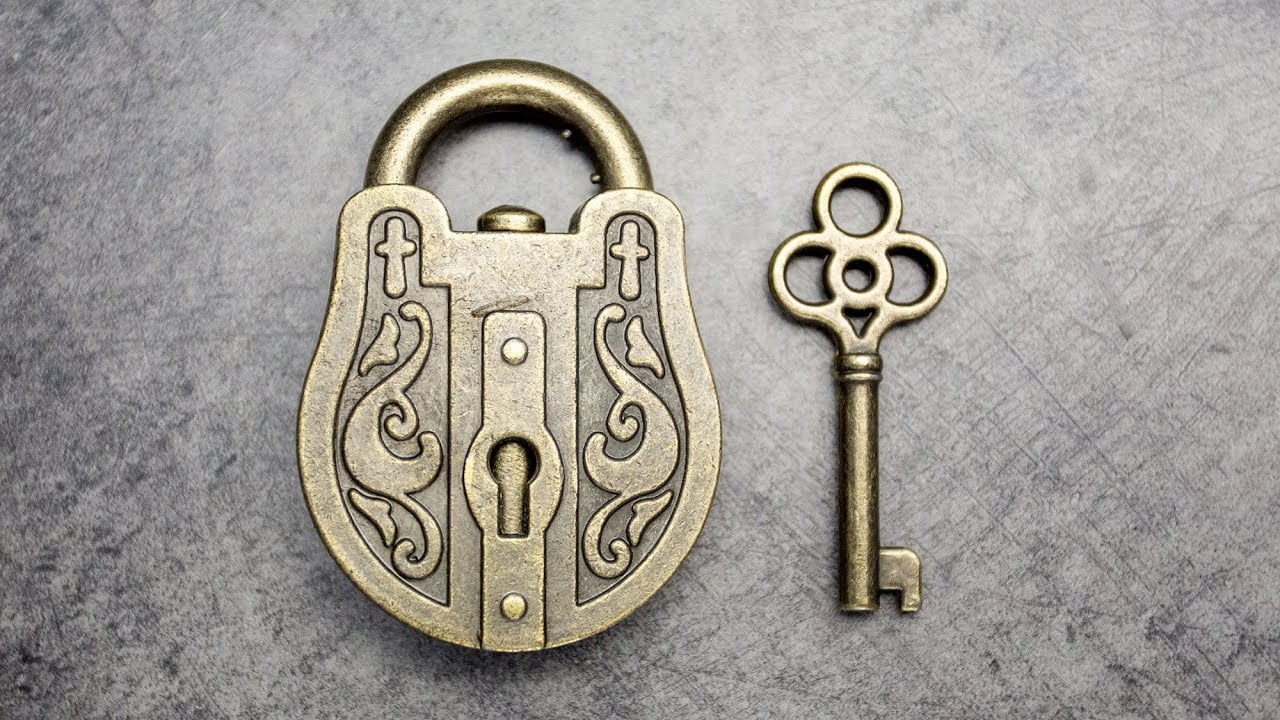 2022 Regulatory Update: Legal Ethics and the Business of Law

There a several regulatory update articles on Law360 and Reuters which you can read to obtain a survey of what various state Bars have done or are doing regarding regulation of the business development activities of lawyers and, in some cases, nonlawyer legal service providers (“LSPs”).

However, what I find interesting (and less analyzed for its potential practical impact on the business of law) is what is afoot in the federal district court and state supreme court of Florida, the state with the nation’s fourth largest Bar (behind New York, California, and Texas).[1]

IMPORTANT CASES HAVE BEEN DECIDED

Two cases, one decided in state court in 2021 and one currently pending in federal court, may portend the fate of legal platforms, multidisciplinary professional services firms, and multi-jurisdictional legal firms. The issue that permeates both cases and each of the aforementioned forms of legal business is the unauthorized practice of law (sometimes abbreviated “UPL”). UPL has, at its root, the issue of fee-splitting between lawyers and nonlawyers.

In 2021, a divided Florida Supreme Court held that an online ticket defense platform that matched Florida lawyers with ticketed drivers engaged in the unauthorized practice of law.[2] That case, TIKD, recently was cited by the U.S. District Court for the Middle District of Florida.[3]

What constitutes UPL varies from state to state. The majority in the 4-3 decision in TIKD applied a very literal construction of Florida’s definition of “practice of law.” Under Florida law, the practice of law is defined as “the giving of advice and counsel and the performance of services in legal matters for compensation” in situations where important rights are involved and the protection of said rights “requires … legal skills and knowledge beyond that possessed by the average citizen…”

One way that nonlawyers can assist with legal representations is if they are supervised by a lawyer. But that exception doesn’t apply to platform cases in general and did not apply to this platform case.

The court found TIKD’s lack of skill to assess the abilities of the lawyers it refers matters to or to supervise their delivery of services to the clients important to its decision. I can see the potential for harm to clients or customers because platforms do not undertake the work of requiring members to demonstrate skill, and it is not unreasonable to conclude that users believe that some vetting has been done and that the lawyer to whom they are referred is a good lawyer, qualified to handle the matter involved.

The court also took issue with the fact that TIKD obligated itself to use part of its revenues to pay the court costs of any customer who incurred them after using TIKD’s services. That type of guarantee is common in the sale of nonlegal services. Without removing the risk of a double payment (to TIKD and then to the traffic authority), the number of customers would be substantially less.

Nonetheless, lawyers are subjected to trust accounting requirements. The “court costs” money was commingled with other monies rather than being held in trust for the benefit of platform users. This was a source of potential harm to the public.

Lawyers are not permitted to use client monies for payroll, advertising, or other expenses because accepting money for one purpose and then using it for your own needs is a form of conversion. What if the company went bankrupt or otherwise was unable to pay the promised court costs when they became due? The platform user would be defrauded. It is a core duty of the Bar to protect legal consumers from such harm.

MUST A PLATFORM BE LAWYER-OWNED?

However, the court provided a more unavoidable basis for its decision. This basis, perhaps, foreshadows a regulatory trend in Florida that could gain traction in other states, especially fellow conservative Bar states. In its legal reasoning, not dictum, the court held that the conflict-of-interest rules are implicated whenever a nonlawyer must decide between profit demands and the client’s needs without the “professional obligations of attorneys to act in the best interests of a client.” Thus, any person not subject to the Bar rules must be supervised by a lawyer, and not the other way around.[4]

The court found that “TIKD exercises a degree of control over the attorneys it contracts with and the services they provide. TIKD screens all traffic tickets and selects which matters, and correspondingly which legal issues, get assigned to an attorney, as well as the timing of that assignment. TIKD‘s Terms of Service, not a licensed attorney, designate when an attorney-client relationship is initiated. The fee paid to each attorney is set and collected by TIKD, and the contract TIKD enters into with each attorney requires that the attorney provide legal services in accordance with the “TIKD Guidelines,” which “describe the Attorney’s responsibilities in providing Services to each [driver].”…”

This “catch-all” reason arguably precludes the operation of any matchmaking platform in the state of Florida that is not owned and operated by lawyers. The decision of whether to take on a client is inherently both a business decision and a legal decision. I don’t see how it is possible to divorce the two. Therefore, under TIKD, the intake decision must always be made by a lawyer. However, a business operator doesn’t want unprofitable cases. Further, under usual circumstances, a client doesn’t want to incur more in legal fees than the fine being contested.[5]

CAN THE BAR REGULATE NONLAWYERS?

Thus, TIKD would seem to clear the way for either full scale prohibition of platform operations in Florida or the requirement that such businesses submit to the regulation of the Florida Bar and comply with rules that apply to lawyers. Importantly, licenses to practice law are issued to lawyers not legal firms. Therefore, unless the term “persons” can be interpreted to include business entities, some amendment to the Rules would seem to be necessary to subject nonlawyer businesses thereto.

TIKD was a 4-3 decision of our state’s highest court. That should mean the issue is settled—even if the composition of the court should change. However, we all know that precedent can be re-thought and overruled. I am pro competition and pro access to justice. Therefore, I wanted to conclude that the majority wrongly decided the case and that the dissent was better reasoned.

However, in truth, the dissent isn’t as persuasive as the majority opinion.

The dissent argues that TIKD did not formulate legal strategy, which is the core of legal judgment. But TIKD decided which cases to accept and which to reject using some (undisclosed) algorithm or judgment. And it determined the legal fee, using only the amount of the ticket itself. TIKD failed to gather any other facts that bear on a legal fee. Determining the fee is a form of legal judgment regarding the complexity of the matter.

For example, a driver who has a poor driving history is harder to defend for the same ticket than a driver with a clean driving history. Thus, deciding what to charge before having the facts is a disservice to the client. An attorney might decline or withdraw upon learning the undisclosed facts. This could leave the client with a potential statute of limitations issue.

The dissent’s next point is that certain non-sales related services provided to the legal industry, such as court reporting services and litigation finance services, are not regulated by the Bar. However, I think that point ignores the fact that those third parties do not set the attorney’s fee. The party who sets the fee necessarily controls the amount of time the attorney is likely to spend on the matter unless the attorney wishes to become a pro bono provider.

Further, the dissent was troubled by the fact that the Bar did not prove actual harm to TIKD’s users. However, “wait and see” is the function of courts, not regulatory agencies. Regulators set rules to prevent harm. Courts provide remedies for prior harms. The dissent seems to conflate its judicial and regulatory functions.

DOES TIKD APPLY TO MDPS AND MULTI-JURISDICTIONAL FIRMS?

Another reason I think TIKD’s here to stay is because it was recently cited repeatedly by a federal district court, sitting in an appellate capacity. The case involved a lawyer licensed in another jurisdiction. [6] In Yormak v. Yormak, a Canadian lawyer sought part of a class action legal fee. He had served as a self-described “consultant” to his son’s Florida-based legal firm. (The son’s firm was one of several firms in various U.S. jurisdictions that were to share in the class action legal fee.)

The federal trial court entered summary judgment against the Canadian lawyer. The court concluded that his activities constituted the surreptitious unlicensed practice of law in Florida through his son.

The trial court based its ruling on its factual findings. It found that the Canadian lawyer “ran the show” and was not supervised by his inexperienced son. Thus, the requirement that a member of the local Bar supervise the activities of a non-member is a thread in the reasoning that renders MDPs and multi-jurisdictional firms subject to the UPL definition and the TIKD analysis.

CAN THIS CASE REACH THE U.S. SUPREME COURT?

Ultimately, the appellate court reversed. As a matter of law, UPL can be used as an objection or defense in a bankruptcy case only if the FSC already has entered a finding of UPL regarding the creditor’s conduct. The prior FSC ruling need not have involved the named creditor. The son had failed to alleged that FSC rulings regarding the father’s conduct. So, the court remanded the trial court’s order of summary judgment on the UPL issue.

Now, I presume a trial or a hearing must be held. Briefs must be filed supported by FSC cases on each itemized activity on the father’s timesheet. If there are no applicable cases as to some activities, the Bar could bring a lawsuit against the Canadian father to obtain a UPL ruling.

Any such ruling could raise constitutional and international issues regarding the rights of the Canadian lawyer. The members of the class action have a right to counsel. Presumably, they reside in more than one state. Further, there are open questions regarding the rights of multi-jurisdictional firms in general. Therefore, this is a federal case that attorneys and nonlawyer legal service providers should watch.

AN ALTERNATIVE TO PLATFORMS

In the meantime, those of us engaged in the authorized practice of law still must grow our books and firms. We invite you to rely on us at Sales for Lawyers to supply you with marketing and business development advice, strategies, and tactics that comport with your professional responsibilities and that deliver financial results.

Should you wish, you may learn business development online through our Rainmakers Business Development training course which demonstrates how to safely build a 7-figure book of business, grow your existing clients into multimillion dollar annual accounts, or earn an equity partnership at your firm. Get a 14-day free trial here: https://sales4lawyers.com/shop/free-trial.

[1] State Bars make strange bedfellows. Among the four largest state Bars, New York and Florida are conservative Bars and California and Texas are progressive Bars, which does not, in two instances, align with the political bent of the populations of those states.

[4] The Court clarified that it was relying on its own precedent prohibiting the exercise of control by nonlawyers over the provision of legal services by attorneys. See Fla. Bar v. Consolidated Business & Legal Forms, Inc., 386 So. 2d 797 (Fla. 1980).

[5] There are instances when the value of the case may be more than the fine, such as when points might be assessed leading to suspension of driving privileges, higher car insurance costs, or other similar penalties.